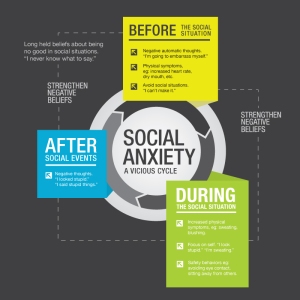 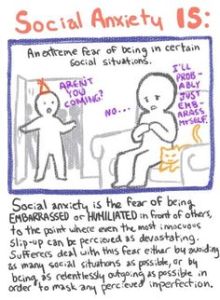 I’ve been friends with my mate Robert for nearly ten years, since Secondary College and he’s one of the few secondary college friends I’ve managed to keep in contact with. However, my mate Robert has Autism, mild Aspergers to be specific, and while early on in our friendship it did cause a few communication problems (mostly on my behalf), he and I get along well. We get along mostly because I’m blunt and tend to speak my mind a lot (perhaps more than I should) where as with Robert, while he may have difficulties socializing and does suffer from anxiety (the social and general kind), he’s quite diplomatic.

That doesn’t mean he’s not without his eccentricities (as we all are). Robert and my partner are massive gunzels (train enthusiasts), they can go on for hours about trains (model and make), track design, the train signalling system (so the stereotype of people with Autism being obsessed with trains is definitely true is his case). However, as socially awkward as I am, I don’t expect things from Robert the way most people do, like eye-contact or touching. As a general rule, I don’t generally like touching people I don’t know or having people I don’t know touch me.

I understand that some people are “huggers” as they introduce themselves and I can handle that (as long as people are clear about it), but I’m not good at establishing those types of boundaries, I’m not good at judging at what’s appropriate for a certain social situation. I’m also not very good at comforting people when they’re upset, the whole process is incredibly uncomfortable and/or awkward for me, and from what I’ve observed in and talked about with other people, this behavior is seen as not normal, which I don’t think is fair. Different people have different comfort zones and that should be respected.

The thing is, I’ve noticed a trend with people with vision impairment or are blind. For example, when I was doing my Certificate IV and Diploma of Professional Writing and Editing, I was walking to the train station and a blind gentleman suddenly stopped and asked me if I was going to the train station (which I was) and if I could take him there, I said sure and guided him there until I got off at my stop at Southern Cross (he did reassure me he’d would be okay). During the whole train trip, he held my hand, not tightly, but never letting go until I had to leave.

Due to my researching into how to interact with people who are either vision impaired or are blind, his behavior makes more sense to me now than it did then. I had thought he had picked me at random, however in retrospect I was one individual person (easier to talk to one person) and I carry a loud and heavy key-chain (easier to hear my approach).

Then there’s this morning, I was catching the 07:19 express train and a young man approached me on the train platform. He was blind in one eye but was able to see with the other. He approached me, introduced himself to me, then refused to let go on my hand the whole train trip from Bacchus Marsh Station to Footscray Station, meanwhile I proceeded to babble at him and make ridiculously pointless small talk.

I will point out that he asked if I was okay, he also asked before I left the train if I was going to be okay catching the bus in Footscray (which I said I’d be fine and I was). However the entire train trip, I was very anxious (I had to take a few deep calming breaths), and while I don’t consider his behavior inappropriate, I also have no idea how to handle such a situation. However I will point out that my experiences are limited and my experiences have only involved blind men, perhaps blind women act differently, I don’t know, I’m trying not to be judgmental.