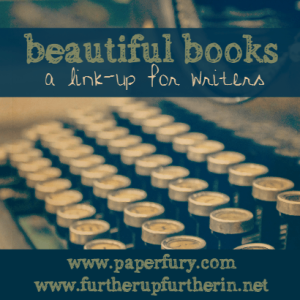 On a scale of 1 (worst) to 10 (best), how did the book turn out? Did anything defy your expectations?
Probably a 5, I’m a little meh about the whole thing to be honest, I should have taken a day out to properly plan my novel, I was meant to write a basic outline but I got busy and procrastinated about it (did I mention this project is highly personal and anxious for me?). I made the word count of over 50 000, somehow lost two thousand words in the process, but it doesn’t feel like a victory to me as the manuscript is only half way finished. I’m right smack dab in the middle.

Comparative title time: what published books, movies, or TV shows are like your book? (Ex: Inkheart meets X-Men.)
An interesting question because the reason I created my character James (a white cis-gendered male character with Autism – I know, I’m really pushing the literary boundaries with that one) as a response to The Curious Incident of The Dog in The Night-Time and House Rules and to the depiction of Autism in mainstream media. While I do not have autism myself; I have a partner, friends and family members that do have Autism. However, I understand that just because I’ve researched Autism and have personal experiences of people with Autism doesn’t qualify me the right to take up the mantle of ambassador. After all, one of my best friend’s from secondary college who has Autism and goes to regular support group meetings has told me that there are people in his support group that do act similar to Sheldon Cooper. My problem is that the Sheldon Cooper representation is the only form of Autistic representation available and my friends and my partner don’t fall into that very narrow stereotype. Then there’s the fact there is little to no representation of women or female presenting people with Autism. I have only just recently discovered Nerdy, Shy, and Socially Inappropriate: A User Guide to an Asperger Life by Cynthia Kim , who wasn’t diagnosed with Autism until she was in her forties, just think about that for a moment, she spent a large chunk of her life not knowing she had Autism (which is considered a disability). This might not sound like big deal to some people, but in Australia if a child isn’t diagnosed with Autism by the age of four, they’re unable to apply for counselling/support, benefits or funding that would help the child and the parents. This wouldn’t be a problem if Doctors were more willing to accept the fact that Autism manifests differently in girls than it does in boys. Sorry, I’ve turned this into a rant.

How do you go about editing? Give us an insight into your editing process.
I’ll print out a document, chapter by chapter and go through it with a read pen, then make corrections onto paper. However I’m trying to reduce the number of trees I murder so I’ll be trying a different method of making a duplicate of the word document and use track changes.

What aspect of your story needs the most work?
Descriptions, my setting is Kirkby Stephen, renown for its walking trails and beautiful landscapes, so I’ve got that to look forward to (that’s sarcasm there as I’m terrible at descriptions)

What aspect of your story did you love the most?
The dialogue, I’m hilarious and I thoroughly enjoyed writing the first scene where James is introduced to his future step-dad and interrogate him about being a member of the IRA and whether or not he has an STI (there’s some context missing here but it’s worth it).

Give us a brief run down on your main characters and how you think they turned out. Do you think they’ll need changes in edits?
Justine and Rosemary are good so far, but I think Olivia and James need a little more work. I added a whole lot of side-characters I didn’t realise I would need, for example James’s siblings were not that detailed when I started out but now they’re rather distinctive. I also invented an entire sub-plot based around James’ brother Mac, which I wasn’t expecting.

What are your plans for this novel once you finish editing? More edits? Finding beta readers? Querying? Self-publishing? Hiding it in a dark hole forever?
Probably all of the above to be honest. I’d like to finish the novel first, edit it at least once myself before sending it off to an editing friend. However, while I like the idea of sending off query letters to publishers, the self-publishing path is the more likely option.

Share a favourite snippet!
“While we wait for Màthair, I will ask you questions and you will answer them,” said the boy.
Robert raised an eyebrow at him, but shrugged, he couldn’t see the harm in it, he had only good intentions towards Joanna, “Aye, fire away,” he said. The boy gave him that skeptical look again and sat down, opening the manila fold and taking out a map of Northern Ireland, the thickness of the manila folder making him apprehensive. What kind of questions did this kid have in mind?
“Màthair said you were from Northern Ireland,” he said, he handed over the map and a pen, “indicate where exactly,”
“Me ma and da had a small farm out in Crumlin, it’s about half an hour away from Belfast,” said Robert, he made an x mark next to Crumlin on the map and gave it back.
The boy nodded and made some notes on his notepad, “What kind of farm was it?”
“Wheat mostly, though we did have cows, pigs, chickens and a couple of goats,” said Robert, thinking back on it, his parents must have been insane, all those animals coupled with seven kids, he didn’t know how they did it.
“Sounds like fun,” said the boy, though his expression remained impassive.
“Aye, but running a farm is a lot of hard work,” said Robert, “and when you’re growing crops, you’re at the mercy of the weather,”
“Noted,” said the boy, “Are you or have you ever been a member of the Irish Republican Army?”
“No,” said Robert, trying to remember that he was the adult here and Joanna would not look kindly on him yelling at her kid.
“Have any of your immediate family members been members of the Irish Republican Army?”
“No, my family are not members of the IRA,” said Robert.
“How many sexual partners have you had?” asked the boy.
“What?” asked Robert, feeling alarmed.
“I said how many sexual partners have you have you had?” asked the boy.
“Four or five,” said Robert, crossing his arms against his chest, he didn’t like where this was going.
The boy picked up his blue notepad, “Can’t remember how many sexual partners he has had,” he then puts it down and drags the manila folder towards him, “When was the last time you were tested for sexual transmitted diseases? Do you currently already have a sexually transmitted disease?”
“Whoa, hold on there laddie,” said Robert raising his hands, “What’s this got to do with-?”
“It has everything to do with my Màthair,” said the boy sighing, he opened up the manila folder and handed over a picture “Has your penis ever looked like this?” he asked.
“What?” Asked Robert, then he looked down at the picture. It was a naked dick with blistering welts all over it, “Gaaah,” said Robert and dropped the picture in revulsion.
“Well, has it?” asked the boy, he seemed very serious about this.
“No,” said Robert, “what is that?” he asked, though a part of him did not want to know.
“Genital warts, also known as herpes,” said the boy, writing in his notepad, “What about this one? Has it ever looked like this?” he handed over another picture and of course Robert took it. This time is was a dick with red welts with pus coming out of them.
“Sweet baby Jesus,” said Robert, “Where are you getting these from?”
“I printed them out at the library,” said the boy, “Is that a yes to syphilis?” he asked.
“No, I’ve never had syphilis,” said Robert.
“You appear to be telling the truth, however some STDS don’t have any outward symptoms; you’ll need to take an STD test, just in case” said the boy, nodding resolutely, “I will need to see the test results,”
“Sure, fine, just put the dick pics away,” said Robert.

What are your writing goals and plans for 2016?
I’d like to have Pushing Boundaries and Wrongful Assumptions written, edited and ready for publishing, Which means I need to back into the habit of writing regularly.

~Not just a boy thing: how doctors are letting down girls with autism by Amelia Hill

~The Autism Project: Mothers with ASD ask why scientists are missing girls