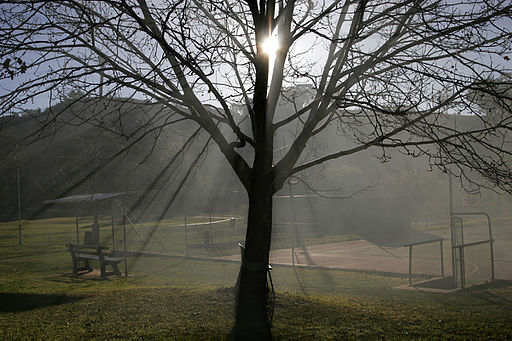 Before I begin, I recommend reading these articles as today’s post is going to be a response post with all of them:

For me, traditional publishing means poverty. But self-publish? No way by Ros Barber

Should You Self-Publish Your First Book? by Adam Smiley Poswolsky

How Publishing Really Works: From an Indie Writer’s Point-of-View

On with the Post! First article I’ll be reviewing is How Publishing Really Works: From an Indie Writer’s Point-of-View. The E-book is author is John Ellsworth, he was previously a successful lawyer before becoming a writer, the article describes his regular writing, editing and publishing routine. However, I found a there are problems with his article.

~Point One: First of all he describes his writing routine, a routine that works well for him, but would work terribly for me. I used to research and write my current WIP novel project but it wouldn’t get me anywhere as I’m easily distracted, now I’m trying to write my draft and research later. It turns out with that method, I have a better chance of meeting my daily word count. What works for one author won’t necessarily work for another.

~Point Two: As I said before, John Ellsworth worked previously as a successful lawyer, then decided he wanted to write novels. One of the unfortunate implications of this is that, perhaps unintentionally, it perpetuates the myth that writing is a hobby you can take up when you retire, not a professional industry that takes time and money to perfect. The fact remains that if John Ellsworth gets bored with writing or it becomes financially unsuitable for him, he can always go back to being a lawyer, very few writers have that privilege.

I’d also like to point out that John Ellsworth mentions his wife and how supportive she is (a supportive family and partner are privileges not all artists have) but he doesn’t mention whether he and his wife have children, because lets not pretend that financial and social obligations don’t impact your writing (or any career for that matter).

~Point Three: It’s easy to promote E-Book Publishing as lucrative and your writing career as successful when you’re standing atop the Mountain of Success. I’m not saying that John Ellsworth shouldn’t be proud of his accomplishments, all writers (especially E-Book authors) should be able to celebrate, but I’m not interested in his success, I’m interested in how he became successful. What decision lead to him becoming a writer? How did he pick his editor and cover artist from the millions of freelancers available on the internet? What marketing strategies did he use?

From my perspective, this is a shallow look at one possible path of digital and online publishing, especially since access to technology and financial security are often pivotal factors, such as the Australian Publishing Industry is five years behind the American Publishing Industry. Online Publishing can be hard work, it’s not to be underestimated, especially for establishing or beginner authors.

The second article I’ll be reviewing is Should You Self-Publish Your First Book? by Adam Smiley Poswolsky, a self-published author who ran online campaigns to financially support the launch of his book.

~Point One: One the biggest problems I had with this article was just how blasé Adam Smiley Poswolsky was about the situation, especially in the current market of high struggle of just getting in the door of the Publishing industry, get alone getting a manuscript accepted for publishing. He just simply approached his favorite indie publishing house (based in San Francisco) and they just simply accepted it. If perhaps he had expanded upon his contacts in the publishing house, mentioned his prior experience, it might be a little easier to believe.

~Point Two:Adam Smiley Poswolsky mentions how he used a crowd-funding application Indigogo to gather funds to substitute for an advance, I don’t have a problem with this (in fact I encourage it), however I know fellow writers who use programs such as Patreon to help gather funds for their creative projects and they still struggle to pay the bills. My question is how did he manage to get enough money? What marketing and advertising strategy did he use? And the most important question of all, what was Plan B if he didn’t get enough money? Once again, it’s the journey not the destination that’s important here.

~Point Three: Through my Diploma of Professional Writing and Editing, many of my teachers were often juggling between multiple jobs and the modern demands of financial and social obligations, I’ll use one of my teachers as an example, lets call her Lady X.

Lady X has been an author, and by author I mean traditionally published, for over ten years, she was an author/writer when there were lots of writing opportunities and art grants available (unlike the present) which meant she’s been able to build up a great body of work (in general) and a brilliant portfolio in her genre of writing. Lady X also has university level qualifications, such as (but not limited to) a master’s degree in her chosen field of writing. I would consider her incredibly talented and an invaluable asset to the Australian Writing Community.

However, I don’t think Lady X has ever been given a 10 000 – 15 000 dollar advance, in fact once Lady X was given a 3000 dollar advance for one of her books and in the end, she wasn’t able to pay the full amount back in book sales, despite the fact that she is a talented writer and popular in her field. An author can be talented and popular and still “fail”, regardless of their publishing pathways.

Because the thing is, an advance isn’t a gift or a reward for writing a great book, it’s a loan from the publisher which needs to be paid back through book sales, in that regard Publishers and Banks are very similar, they’re a business and if an author doesn’t pay what they owe, it can seriously hurt their chances of being published again.

I would also like to point out that all of my teachers in the Diploma of Professional Writing and Editing were currently working within the Australian writing industry (in various roles suiting specialization) and had done so for some time and all of them were reliant on multiple streams of income in order to support their creative projects.

I know these types of articles are supposed to give people hope that even if they get to the stage where a Publisher is ready to accept their manuscript, an author still has the last say and that the lengthy process of traditional publishing isn’t for everyone (something I completely agree with). However, articles like these do run the risk of coming across as pretentious, after all not all authors can afford to turn down a 10 000 dollar advance.

The next articles is For me, traditional publishing means poverty. But self-publish? No way by Ros Barber

~Point One: While I did have problems with this article, I felt that this article did make valid points about the Self-Publishing process, the craft of writing is a trade just like any other and authors should be encouraged to create the best book they possibly can before sending it off in the hopes of publications (regardless of which path an author chooses to go down)

~Point Two:My biggest problem with this article was the use of “Gate-Keepers”. While I agree that there will always be a place in the Creative Arts for Editors (now more so than ever), however when it comes to the “Gate-keepers” of publishing, well that I’m not so sure of. After all, these same gate-keepers are the reason 80% of Publishers, Editors and Book Reviewers in a America are heterosexual, cis-gendered, able-bodied white women. Yet the most likely person in America reading a book is a college-aged African-American woman. These same gate-keepers are the reason that the We Need Diverse Books campaign and the Australian Women Writer’s Challenge campaign even exist in the first place.

~Point Three: The author of the article makes the statement that “You can only be a debutante once” and while I understand the idea, and perhaps agree with it a little, I don’t feel as though I’ll be able to apply that principle to my writing career.

I’m a Grinder, I’m successful not because I’m blessed with talent but because I’m persistent, if I reach mainstream success, it will be because I’ve worked hard, which means I’ll probably have to write and self-publish a few books before I’m noticed by a Publishing House and they offer me a traditional publishing contract (and that’s the best case scenario).

In Australia, I’m currently an unknown author with minimal writing credits to my name, trying to break into a very competitive industry, I might not have a choice on whether I have to work super hard for five years to gain the attention of a Publishing House. As I’ve said before, Publishing Houses are like Banks, they won’t approve of a loan unless you can prove you don’t need it.

By the end of the year, I hope to have completed my Bachelor’s degree in Creative Arts, however holding a degree in my hand won’t be enough, being able to hold a published book (even if it is just a small novella) will be able to prove I have a relatively good idea that I know what I’m doing and that I’m capable of finishing a project. Will it be a best-seller? Probably not. But it will be a stepping stone for future projects and possibly future work.

All in all, a good article but there were a few small points I disagreed with due to my personal situation.

So my dear readers (and hopefully writers) what were your thoughts on the subjects and the articles? What type of publishing path are you considering and why? Let me know in the comments section 🙂