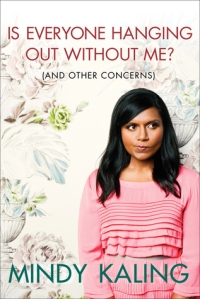 Title: Is Everyone Hanging Out Without Me? (And Other Concerns)
Author: Mindy Kaling
Social Media: Instagram, Facebook, Goodreads and Twitter
Publisher: Ebury Publishing
Format and Price: E-Book at $14.69
Rating: 3 out of 5

About The Author:
Vera Mindy Chokalingam, known professionally as Mindy Kaling, is an American actress, comedian, and writer. She is the creator and star of the Fox and Hulu sitcom “The Mindy Project”, and also serves as executive producer and writer for the show

About The Book:
Mindy Kaling has lived many lives: the obedient child of immigrant professionals, a timid chubster afraid of her own bike, a Ben Affleck–impersonating Off-Broadway performer and playwright, and finally, a comedy writer and actress prone to starting fights with her friends and coworkers with the sentence “Can I just say one last thing about this, and then I swear I’ll shut up about it?”

Perhaps you want to know what Mindy thinks makes a great best friend (someone who will fill your prescription in the middle of the night), or what makes a great guy (one who is aware of all elderly people in any room at any time and acts accordingly), or what is the perfect amount of fame (so famous you can never get convicted of murder in a court of law), or how to maintain a trim figure (you will not find that information in these pages). If so, you’ve come to the right book, mostly!

In Is Everyone Hanging Out Without Me?, Mindy invites readers on a tour of her life and her unscientific observations on romance, friendship, and Hollywood, with several conveniently placed stopping points for you to run errands and make phone calls. Mindy Kaling really is just a Girl Next Door—not so much literally anywhere in the continental United States, but definitely if you live in India or Sri Lanka.

General Observations:
~The Woman Next Door: I get the impression that Indian people as comedians or comedy routines centered around Indian and/or Immigrant-based comedy is new in the United States of America. While this kind of comedy material isn’t new in Australia, Australian television is sadly a long way from having a show like The Mindy Project broadcast on our screens, mostly because there is a continuing history of casual racism amongst the Australian television networks. Mindy is the socially awkward nerdy girl next door and, while Mindy’s Indian background is mentioned and is important, it’s not the biggest (or only) slice of her comedy material pie. While Mindy’s big break cam from dressing up and impersonating Ben Affleck, Mindy likes traditionally feminine things and there’s absolutely nothing wrong with that. The fact that she’s been able to retain her femininity in an industry that is predominately white and male is a credit to her. The small parameters of what it means to be “The Girl Next Door” need to be changed or, better yet, the archetype removed all together.

~Comedic Short Stories: I loved the content, about the essential separation of Art and Artist, I also loved reading about the process of how Mindy became a play-wright in New York City but also morphed into a Television writer in Los Angeles, two different jobs in two different environments. I loved how she mentioned that when she first started writing for The Office, it took her a while to warm up to people and make friends, she felt the same way about writing for Saturday Night Live, I very much related to that, it can be hard to make friends in already established Writing circles. I also loved how Amy Poehler makes a small cameo as well. It’s obvious that Mindy is a talented and hard-working writer and comedian

~Short and Sweet: I felt that Is Everyone Hanging Out Without Me? was more of an introduction of things to come, which is fine and it does work as a short novel. It’s easy to read and the subjects were mostly safe and relatable.

Books by Mindy Kaling:
01. Is Everyone Hanging Out Without Me? (And Other Concerns)
02. Why Not Me?

Links:
~How to Talk Australians

~Ethnic diversity on Australian TV: are we finally ready for colour on our screens?

~Why you should care about the casual racism on television 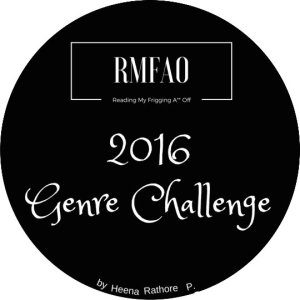