I’m trying not to think about NaNoWriMo at this point as I still have to finish my university semester (the semester ends on 28th of October) and I have a lot of things to do before then.

What inspired the idea for your novel, and how long have you had the idea?
I’ve been working on the Pushing Boundaries series for nearly two years (perhaps a little more because of novel research and stuff).

Describe what your novel is about!
James (an autistic adult) and Beth (an allistic/non-autistic person) have to work together on a case to take down local corrupt cops who have begun to sell drugs in the surrounding areas. James and Beth are very different, but with the help of James’s friend Justine and Beth’s Uncle John, they will begin to see the similarities and realise that they’re not so different after all (I very much suck at blurbs and summaries).

What is your book’s aesthetic? Use words or photos or whatever you like!
I’m not really sure how to answer this one. My books contains Crime, Family Drama and Romance but I can’t really say which genre is more dominant over the other, so I often put Pushing Boundaries under the Contemporary Genre (I feel that Contemporary covers a bit of everything).

I’m also planning on digitally publishing these books, so I’m not sure how you could physically image them, however I do already have the photograph I want to use for the cover of Volume One. I had my partner (who is into Astronomy) take a picture of the constellation Canis Major (its name is Latin for “greater dog”).

Introduce us to each of your characters!
As I’ve been doing the Beautiful Book posts for over a year now, I feel this is a little redundant, just check out the previous posts if you’re interested.

How do you prepare to write? (Outline, research, stocking up on chocolate, howling, etc.?)
I outline my novel projects, I tend to do a lot of research into relevant subjects (perhaps too much research as I am a chronic procrastinator). I stock up on instant meals and herbal tea. I also try to get some meals cooked in advance so I just have to bring them out of the fridge or have my partner heat them up (I usually do well the first couple of weeks but completely loose it in the last two).

What are you most looking forward to about this novel?
I suppose I look forward to re-finding the narrative thread, as a writer, I feel a little lost with the Pushing Boundaries series at the moment. Hopefully this will get me back on track. 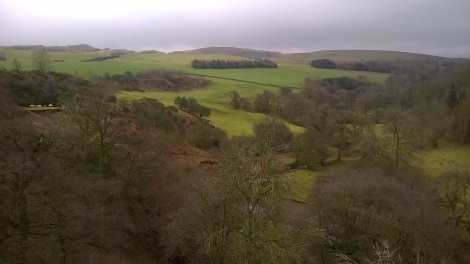 What’s your character’s goal and who (or what) stands in the way?
James: James’s goal is to take down the Acker family and reveal them for what they truly are, the problem is that the Acker family are cops and they have no problems abusing their position of power or using fear to bully others (civilian and cop alike) into doing what they want. James also suspects that Beth will interfere with Operation Nightshade and ruin everything.

Beth: Beth doesn’t want anything to do with Operation Nightshade, she gets involved in Operation Nightshade despite not wanting to be because she has a valuable contact, Cassie who’s a member of the family. Beth’s goal starts off as “just get out of this alive” but it ends up being “protecting Cassie and Mac from outside threats”.
Now there’s the obvious threat of her corrupt cop/drug dealing family but there’s also the not-so-obvious threat of her Uncle John, who is leading officer of Operation Nightshade, so Beth ends up caught between these two powerful factions and she’s not entirely sure what the best way is.

How does your protagonist change by the end of the novel?
James: James is able to open up a little and begin to trust others (not a lot, but more so than before). He also gets better about letting go of things that beyond his control and that he can’t protect his siblings from the outside world (for better or worse).

Beth: Unlike James, Beth’s character arch is a little more murkier for me, I don’t know what she wants mostly because she doesn’t know what she wants, or at least she’s become accustomed to not getting what she does want so she doesn’t think about it much.
I’m kinda hoping Beth will be a more confident in herself and what she wants and more willing to deal with Mary and Jack’s relationship (right now she’s all like “I don’t want to deal with it, I don’t want to hear about it, this is not my problem”).

What are your book’s themes? How do you want readers to feel when the story is over?
I’m not sure, at first this project started out as a response piece to The Curious Incident of The Dog in the Night-time, but there was also a lot of questions I wanted answers to.

What happens to the autistic characters of the Young Adult genre once they reach the age of eighteen or outgrow the Disability welfare/support system? Why are is there very little fictional representation of autistic characters as adults, proving it’s possible to function as an adult in an ableistic society? Why do non-disabled authors feel compelled to fill this gap by writing fictional books about disabled people?

Though I will acknowledge that it’s highly possible for me to fall into that very same category of “Able-bodied writer writes mediocre book about Disability”, I’m not going to lie, the possible hypocrisy does occasionally keep me awake at night.

However, I like to think that Pushing Boundaries has morphed into it’s own story with (hopefully) interesting characters.

7 responses to “The Beautiful Books: NaNoWriMo 2016”