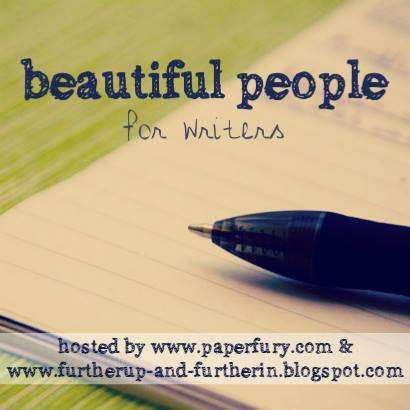 Another monthly update on my Pushing Boundaries WIP Novel Project. I’m going to attempt to outline Orion – Volume II in preparation for Camp NaNoWriMo in July (here’s a link to my Camp NaNoWriMo profile in case readers want to join me).

These questions have taken longer than it should have for me to answer (honestly, I have no fucking idea what my characters dream about, maybe that means I don’t know my characters well enough, IDK), I suspect that the outlining process is going to take more effort than I first anticipated (here’s the link if people want writing resources from Camp NaNoWriMo).

Honestly, the Camp NaNoWriMo resources weren’t that useful for me, so I’ve included some links down the bottom of the blog post for Plotting and General Writing Resources.

Mac: The small greenhouse Robert, James and Mac constructed together when Mac was young

Cassie: Camping with her family

Beth: Beth is very suspicious of men, this due to bad experiences she’s had in the past and a previous abusive relationship (it became abusive when she ended it), in her mind, Beth thinks her mistake was being vulnerable too early in a relationship or entering into a relationship at all, giving her ex-boyfriend too much information about herself. Beth’s mental objective is keeping her distance for as long as possible, she often plays hard to get in romantic pursuits, if it seems like situation has too many variables or too much risk, she won’t bother, she’d rather go without then to compromise on her own set of terms of conditions.

Mac: Mac tends to be too direct and too honest, he can come across as a little intimating at first, he’s also a little socially awkward, he often gets excited and enthusiastic about comic books, so he’s learnt not to stand too close to women and not to stand in the way of doorways when talking about comic books.

Cassie: I think Cassie’s mistake is that she lacks confidence in herself and often doesn’t speak up about what she wants (and usually regrets it later). I hope that, over the course of the Pushing Boundaries series, Cassie becomes more confident and emotionally secure in what she wants and needs.

What was their favourite subject in school? Or favourite thing to learn about?
James: Astronomy and Science related subjects

Have they ever made someone cry? What happened?
James and Mac: Both of them have accidentally made women and girls cry by saying something insensitive or being too honest and/or too direct

Beth and Cassie: Both of them go out of their way to be considerate of people’s emotions, so neither of them had have made someone else cry, but Beth does occasionally suffer from foot-in-mouth syndrome and sometimes Beth can be a little too direct.

Would you consider them a reliable or unreliable narrator?
James: Mixture of the two, he’s reliable when it comes to observing other people, but can be blindsided by his own biases and some preconceived notions about people, for example: he has a preconceived notion about who Cassie is as a person and has no problems about using her and discarding her in order to fulfil his own objective, James can be ruthlessly efficient.

Mac: Mac might be considered an unreliable narrator about himself, and he isn’t that observant about other people, Mac tends to wrap himself up in his own little world.

Cassie: Cassie might be considered an unreliable narrator, she likes to think the best of people and she’s kind of oblivious (sometimes it’s out of self-preservation, sometimes it’s naturally occurring)

They’ve gone out for a “special meal.” What would they eat?
James: James enjoys Asian cuisine, vegetarian meals mostly.

Beth: Beth has a weakness for bacon and hard-types of cheese, however, Beth enjoys Lasagna, Asian cuisine, and baked-potatoes.

What’s at least one thing they want to do before they die?
James: James has become hyper-focused on taking down the Acker Family, this is mostly because he doesn’t have a strong concept of long-term goals, it’s difficult to him to think past this goal.

Beth: Beth wants to travel around Europe, she wants to do touristy things, despite the fact that she doesn’t like crowds.

Mac: Mac wants to get married and have kids, but he’s beginning to sort of rethink those objectives, “are romantic relationships really worth the hurt and pain?”, he’s kind of in the mental state of “Life in general is not worth the effort”.

Cassie: Cassie wants to get away from her immediate family, with the exception of her Aunt, and establish her own safe space. Cassie wants to be a primary school teacher to prevent her type of family situation from happening.

Do they have any distinguishing or unique talents?
James: Justine and James work well together, Justine handles calling people directly (something James isn’t particularly good at), James is good at writing the required script, finding the right information, James is good at picking up details that other people may miss.

Beth: Beth has this ability for people to feel compelled to tell her personal information (although she doesn’t see it as a talent and would prefer if people didn’t dump their problems on her). Beth could consider her cooking skills and her experiences with her catering business to be her better talents. Beth is happy to make desserts or cakes but isn’t interested in eating the items she makes. Beth is also skilled with crocheting but terrible at sewing with a needle or with a sewing machine.

Cassie: Cassie is good with sewing, she often makes clothes, but she doesn’t wear them (she often donates them).