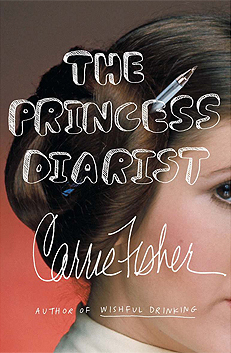 About The Book:
The Princess Diarist is Carrie Fisher’s intimate, hilarious and revealing recollection of what happened behind the scenes on one of the most famous film sets of all time, the first Star Wars movie. When Carrie Fisher recently discovered the journals she kept during the filming of the first Star Wars movie, she was astonished to see what they had preserved—plaintive love poems, unbridled musings with youthful naiveté, and a vulnerability that she barely recognized. Today, her fame as an author, actress, and pop-culture icon is indisputable, but in 1977, Carrie Fisher was just a (sort-of) regular teenager.

With these excerpts from her handwritten notebooks, The Princess Diarist is Fisher’s intimate and revealing recollection of what happened on one of the most famous film sets of all time—and what developed behind the scenes. And today, as she reprises her most iconic role for the latest Star Wars trilogy, Fisher also ponders the joys and insanity of celebrity, and the absurdity of a life spawned by Hollywood royalty, only to be surpassed by her own outer-space royalty. Laugh-out-loud hilarious and endlessly quotable, The Princess Diarist brims with the candor and introspection of a diary while offering shrewd insight into the type of stardom that few will ever experience.

General Observations:
~Before, During and After: The Princess Diarist goes through three phases: Carrie Fisher’s life before Star Wars, during Stars Wars and after Star Wars. I must confess the before and after periods were more interesting to me that the segment during Star Wars.

That is not to say the during Star Wars segment lacked for interest. I liked reading about how she was nervous for her audition, how she was afraid she would be fired for not losing weight, I enjoyed reading about her hair and make-up sessions and her talking to the cast and crew, these parts were genuinely interesting. But a large chunk of the section was Carrie Fisher being obsessed with Harrison Ford.

As it was a three-month affair with little substance, it was far more interesting to Carrie Fisher than it was to me, but given Carrie Fisher’s age at the time, it’s understandable. There’s a reason why some people re-read their old journals containing passages written by a love-sick teenager and wish to burn them, however, I’m glad Carrie Fisher resisted that impulse (even if it did drag on a little too long).

~Sexism in Cinema: Seriously, Carrie Fisher is one of the greatest examples of Sexism and Misogyny in Cinema, while Harrison Ford and even Mark Hamill get to move on from Star Wars and complete other projects, Carrie Fisher is immortalised in that stupid metal bikini outfit (seriously, Madame Tussauds Wax Emporium has immortalised Carrie Fisher as Princess Leia in that particular outfit with Jabba the Hut holding the chain and lurking right behind her, what the holy fuck?). Carrie Fisher is a brilliant writer and damn good actress and she deserves/deserved better than that.

~Right In The Feels: Unlike Wishful Drinking and Shockaholic, The Princess Diaries were difficult for me to get into, I suppose when you read memoirs detailing Carrie Fisher’s problems with alcohol, then read chapters from a nineteen-year-old Carrie Fisher’s perspective about how she doesn’t like to drink, there can be some disconnect.

I suppose the biggest problem I had with The Princess Diarist was that parts of the book were long segments of introspection of a young woman, starting out as an emerging artist, playing the role of entertainer to cover up the fact that she was deeply unsure and insecure of herself, in other words, it was deeply and uncomfortably familiar.

Wishful Drinking and Shockaholic are the recollections and reflections of an older woman who knows that she has bi-polar, the recollections and reflections of The Princess Diarist are from the perspective of nineteen-year-old woman who isn’t aware that she has bi-polar yet, and is struggling to figure out who she is and what she wants, as well as how to deal with undiagnosed mental health problems.

It was difficult to for me to grapple with the idea that, at one time, Carrie Fisher could be someone like myself, which I suppose was the purpose of the book, one must be a princess before one can become a general.

In conclusion, an interesting insight into the mind of Carrie Fisher, a legendary icon, at a particular stage of her life. It’s a little slow to get into, and there’s not as many jokes, but I consider it a worthy read as I was glued to every page. 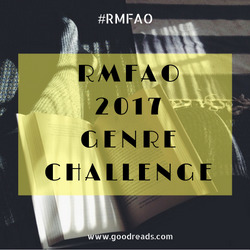