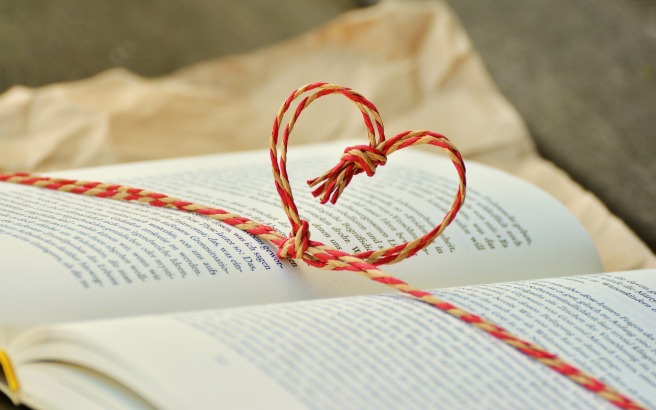 Image Description: a picture of an open book with red and yellow string in the shape of a heart

I’m currently dealing with a Family Situation at the moment (my partner’s grandmother has passed away), so I’m going to try and be brief with this post, and list all the stuff I’ve been working on and haven’t been working on this past month.

Quarterly Goal: Film, Edit and Transcribe four videos per month
While I doubt I’ll be able to repeat this, I didn’t think I’d actually be able to do it in the first place, however, I actually managed to film and edit four videos during January. The only snag is that I was unable to provide a transcript document and sub-titles for my fourth video. I’ve been using Trint on a trial basis for my transcription and sub-title files, and I’m not entirely sold on the idea.

While I have made sure to set the program to Australian English, I usually end up spending a minimum of an hour editing the transcription files, the problem here is that most of my videos thus far are under five minutes (with the exception of one 10 minute video). It’s a lot of editing for a short video. I’d hate to think of how much editing I’d need to do for an hour-long podcast.

Quarterly Goal: Comment and interact more on YouTube Channels and Book-Blogs, instead of being a Lurker, which is my standard thing.
While I pretty much never do anything consistently, I have begun to push myself into commenting more on people’s blog-posts and vlog-posts instead of just lurking in the background. I am a long-time lurker, and I realised if I was going to do projects like a YouTube Channel, I would need to interact better and learn to network better.

Unfortunately, I end up writing HUGE comments, roughly the size of a big-paragraph, and I have the feeling that most creators aren’t going to have the time to respond to that. I need to get better at writing concise comments, however, this is a good start.

Quarterly Goal: Read assigned books for the month of January, review at least one of them.
Unfortunately, I didn’t read or review any of my assigned reading material this month, however, I have until the end of March to get them all done (hopefully?). The problem with January is that I’ve been busy all month driving my father and his partner to doctor appointments (as well as attending my own doctor appointments).

My father has only just recently been cleared to drive, so while I have my concerns, I need to let the situation go and start focusing on my own goals. I’m also going to try a new Reading Progress system in my Bullet Journal, I’m not sure how successful it’s going to be, however, I’ll attempt to document my progress.

So, that’s it for now, I don’t know when I’ll be able to update next, but I’m going to keep trying to get stuff done. Good luck with your own projects 🙂