Image Description: the book-cover of Fence, Volume 1 by C.S. Pacat. The book-cover background is white with Seiji (one of the main characters) in a white fencing uniform, holding a foil upright with the blade pointing up, the guard of the foil at chest height and the blade against his face.

About The Creators:
C.S. Pacat C.S. Pacat is the best-selling author of the Captive Prince trilogy and the comic book series Fence. Born in Australia and educated at the University of Melbourne, she has since lived in a number of cities, including Tokyo and Perugia. She currently resides and writes in Melbourne. Her first novel began its life as an original-fiction web serial, which attracted viral attention before being acquired by Penguin USA. The Captive Prince trilogy went on to become a USA Today bestseller after being published to commercial success and critical acclaim.

Joana Lafuente: With over 10 years of experience, provides works on illustration, comics, story-boarding and concept art for entertainment and advertising purposes. Joana has worked with famous pop-culture titles such as The Transformers, X-Files/Millennium, Magic The Gathering, Dungeons & Dragons, Mighty Morphin Power Rangers, Adventure Time and many more, mostly on comics. For an extensive complete list, visit the Comic Book Database.

About The Book:
Sixteen-year-old Nicholas Cox is an outsider to the competitive fencing world. Filled with raw talent but lacking proper training, he signs up for a competition that puts him head-to-head with fencing prodigy Seiji Katayama…and on the road to the elite all-boys school Kings Row. A chance at a real team and a place to belong awaits him—if he can make the cut!

General Observations:
~A Sporting Chance: Fence was highly recommended to me by a few people on Booktube, however, I hesitated to get on board for the longest time. The main reason was hype and I am very hesitant to read a book that’s been hyped up a lot. I know why this is done, authors need good sales within the first weeks of publishing, but I have been burnt by this process before.

The second reason is that I am an introverted Bookwyrm, I don’t like sports, and I find most sports and/or sporting events tedious and boring. The thing is though, I enjoyed this and not despite the sports involvement either. While the sporting event is the backdrop for the personal drama that follows, it was engaging enough to keep my attention.

~The Economic Reality of Sports: I really enjoyed how the creators focused on just how big of a gap Nicholas has between his other team-mates and opponents due to a lack of financial stability or economic opportunity. In order to compete in the tournament (that eventually leads to a scholarship), Nicholas had to have the funds to enter the tournament, funds for an admin fee, and funds for the bus ride there. There were no guarantees he’d be successful or that this financial risk would pay off.

His lack of funds has also resulted in poor training and poor fencing habits. It’s a good way of showing how not having money means sometimes you have to work twice as hard to keep up with the rest and that the safety net of risk isn’t the same for everyone. When Nicholas does take a risk, the consequences of failure are so much higher for him, especially in comparison to Seiji. Seiji can go to any school with a fencing team but Nicholas can’t.

~Character Dynamics: This is a graphic novel set at a boarding school, so it does contain the usual humourous high-school shenanigans, however, the plot is slow to build (which is alright thus far), so I have a feeling that the weight of the series is going be placed on the characters. Thus far it’s an interesting cast with very different personality types.

The roommate situation is an assignment of pairs that are compatible opposites with each other, the exception being Nicholas and Seiji. Havard (the level-headed captain who gets along well with others) and Aiden (the arrogant school playboy) are very different from each other but I think they balance each other out. I also like Nicholas and Bobbie’s friendship. I think they work well together. I also enjoy Seiji’s brutally honest personality, his dead-pan delivery just sells it.

All in all, a humorous contemporary with a focus on a sport that I actually enjoyed, happy to recommend. 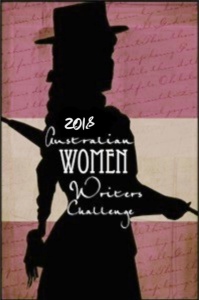 Image Description: a silhouette picture of a woman, wearing Victorian-era clothing and wearing a top hat. Her hair is braided into a plait and she is also holding a folded up umbrella. The background is dived up into three segments: rose-pink, white in the middle, then rose-pink again.

One thought on “Book Review: Fence – Volume 1 by C.S. Pacat”